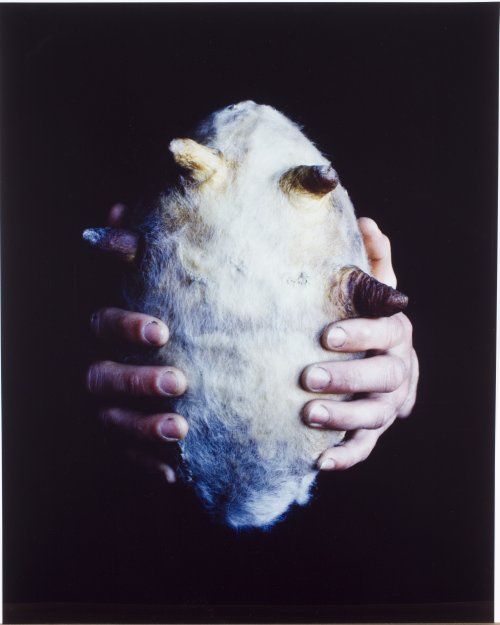 An exhibition of 33 prints by leading Irish and international artists from the Irish Museum of Modern Art opens to the public on 1 February at the Blackbird Gallery in Kilkenny. Traces: IMMA Limited Editions, a print series that came into being in 2003 and continues to grow, will give viewers the opportunity to view—and to purchase—these works. Artists include Michael Craig-Martin, Dorothy Cross, Gary Hume, Isaac Julien, Barrie Cooke, Elizabeth Peyton, Jack Pierson, Patrick Scott and Sean Scully. Newly-created additions to the series by Ilya and Emilia Kabakov and Louis le Brocquy are also shown for the first time.

Since 2003, when IMMA Director Enrique Juncosa began the practice of inviting artists to make a print edition in the context of their exhibitions at IMMA, artists responded generously. The editions, which have grown to 33 prints and multiples to date, represent a tangible gesture of goodwill by those artists, as the sale of the numbered prints directly benefits the Museum’s programmes. This has also given rise to a striking body of contemporary prints for the IMMA Collection, which receives a copy of each work.

The series began with Psyche, by British artist Gary Hume, and recently the Museum extended the reach of the editions series by inviting contributions from Ireland’s most long-established and respected artists, Louis le Brocquy, Patrick Scott and Camille Souter.

Traces explores the experimental nature of creating an artwork as an edition. A variety of printmaking and editioning processes are exhibited. These range from the traditional intaglio or engraved forms, including etching, aquatint, and carborundum, seen variously in the works of Louis le Brocquy, William McKeown, Hughie O’Donoghue, Elizabeth Peyton and Sean Scully, to silkscreen and screen prints by Michael Craig-Martin, Alex Katz and Gary Hume. More unusual works in the collection include a collaborative work by Liam Gillick and Philippe Parreno, which takes the form of large letters to be arranged by the owner on their wall, and Ulla von Brandenburg’s deck of playable tarot cards.

Traces: IMMA Limited Editions was shown from September 2009 until January 2010 in IMMA where it received a very positive public and critical response and generated record sales for the Edition series. The exhibition’s transfer to Blackbird Gallery in Kilkenny came about due to the persistence of proprietor Valerie Walshe and her desire to bring an IMMA show to Kilkenny, and when the opportunity to show the print series came up, she felt her customers would love to see these works outside a museum setting – “They are, after all, really meant for domestic collections; affordable works by the hands of leading artists for sale to people like you and me” she said. “The objective of The Blackbird Gallery is promote the visual arts in Kilkenny, and, even in the toughest of times for commercial galleries, we have found a way of bringing something to the city that is worth getting out to see.”

A fully-illustrated hardback publication which includes quotes from the artists and texts on each of the limited editions accompanies the exhibition. Price €10.00.

The exhibition has been sponsored by ebow Design.

In the Vernacular Classic Contemporary