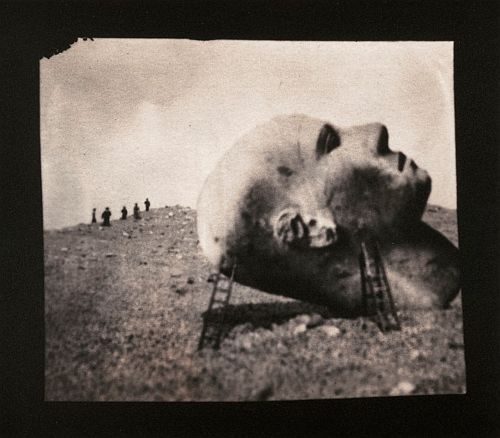 Photographer Ruth Thorne-Thomsen (b. 1943) has been described as a visual poet. Her mysterious and lyrical body of work uses the inspiration of the simplest of imaging devices, the pinhole camera, to rethink the expressive potential of photography. Invented Worlds: Photographs by Ruth Thorne-Thomsen opens at The Nelson-Atkins Museum of Art in Kansas City Feb. 20 and runs through July 28, featuring 40 of her photographs.

“Thorne-Thomsen became fascinated with the simplicity and transformative magic of the pinhole camera in 1976, toward the end of her graduate studies in photography,” said Keith F. Davis, Senior Curator, Photography. “Her images in this exhibition are about discovery and wonder as they weave together reality and dream.”

The artistic appeal of the pinhole camera stems from the strangeness of its vision. The pinhole aperture is roughly equal to a lens opening of f/300. This extremely small aperture produces the effect of unlimited depth of field. As a result, everything depicted in the pinhole image—whether small and close or large and distant—is rendered with the same quality of definition. As a result, foreground and background are collapsed together, disguising what may be vast differences of distance or size.

“Thorne-Thomsen explored the ambiguities of scale–things she found and things she made,” said Davis.

A late series of pinhole seascapes, Agua Tierra, reveals her enduring fascination with water. These works explore issues of print scale while revealing a distinctly painterly approach; Thorne-Thomsen took the creative license to add fictitious rocks and ships and to emphasize the textures of water and sky.

This idea of invention is seen even in her Messengers series, created with “traditional” cameras and film.

“For that series, beginning in 1989,” said Davis, “she blurred the images of the faces of classical statues to create a sense of mystery and motion, effectively giving life to stone.”

Now retired from teaching and full-time art-making, Thorne-Thomsen lives in Philadelphia with her husband, Ray K. Metzker. In 2012, she donated a definitive group of 74 of her prints to the Nelson-Atkins. This exhibition celebrates both her remarkable artistic achievement and her personal generosity to this museum.