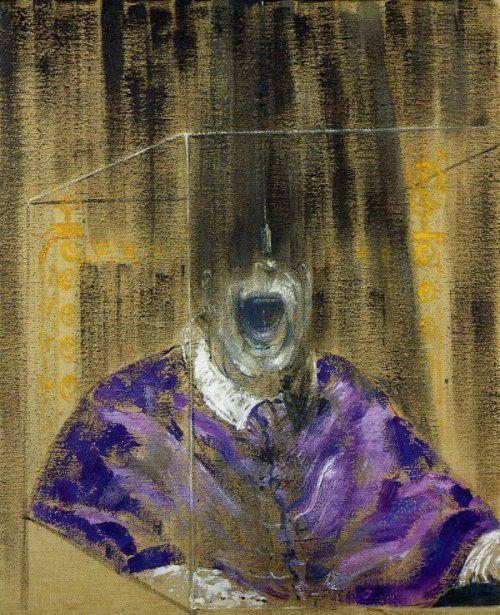 [ad#lb]
The first major New York exhibition in 20 years devoted to Francis Bacon (British, 1909–1992)—one of the most important painters of the 20th century—will be presented at The Metropolitan Museum of Art from May 20 through August 16, 2009. Marking the 100th anniversary of the artist’s birth, Francis Bacon: A Centenary Retrospective will bring together the most significant works from each period of the artist’s remarkable career. Drawn from public and private collections around the world, this landmark exhibition will consist of some 65 paintings, complemented by never-before-seen works and archival material from the Francis Bacon Estate, which will shed new light on the artist’s career and working practices. The Metropolitan Museum is the sole U.S. venue of the exhibition tour.

The exhibition is made possible in part by The Daniel and Estrellita Brodsky Foundation.

The exhibition was organized by The Metropolitan Museum of Art, New York, and Tate Britain, London, in partnership with the Museo Nacional del Prado, Madrid.

It is supported by an indemnity from the Federal Council on the Arts and the Humanities.

“Bacon is more compelling than ever: despite the passage of time, his paintings remain fresh, urgent, and mysterious. Never before has this work been more relevant to young artists,” noted Gary Tinterow, Engelhard Chairman of the Metropolitan Museum’s Department of Nineteenth-Century, Modern, and Contemporary Art. “For these reasons, we are very pleased to be able to present a retrospective spanning his entire career to our viewing public.”

Entirely self-taught, Francis Bacon emerged in 1945 as a major force in British painting.
He rose to prominence over the subsequent 45 years, securing his reputation as one of the seminal artists of his generation. With a predilection for shocking imagery, Bacon’s oeuvre was dominated by emotionally charged depictions of the human body that are among the most powerful images in the history of art.

The exhibition’s loosely chronological structure will trace critical themes in Bacon’s work and explore his philosophy about mankind and the modern condition with visually arresting examples. The earliest group of works, from the 1940s and ’50s, focuses on the animalistic qualities of man, including: paintings of heads with snarling mouths (Head I, 1947–1948, The Metropolitan Museum of Art); images of men as pathetic and alone (Study for a Portrait, 1953, Hamburger Kunsthalle, Germany); and the human figure portrayed as base and bestial (Figures in a Landscape, 1956, Birmingham Museums & Art Gallery, England). The exhibition also features numerous versions of Bacon’s iconic studies (1949–1953) after Diego Velázquez’s Portrait of Innocent X (1650). Mortality is addressed directly in his last works (Triptych, 1991, The Museum of Modern Art, New York).

In the 1960s, working in his classic style of much looser, colorful, and expressive painting, Bacon showed the human body exposed and violated as in, for example, Lying Figure, 1969 (Foundation Beyeler, Riehen/Basel, Switzerland). In the following decade he increasingly used narrative, autobiography, and myth to mediate ideas about violence and emotion, as in the 1971 painting In Memory of George Dyer (Foundation Beyeler) and Triptych Inspired by the Orestia of Aeschylus, 1981 (Astrup Fearnley Collection, Oslo,
Norway).

A number of important works by Bacon will only be presented at the Metropolitan Museum, including Study for Portrait I, 1953 (Denise and Andrew Saul); Painting, 1946 (The Museum of Modern Art, New York); and Self Portrait, 1973 (private collection, courtesy Richard Nagy, London).

Central to an understanding of the artist’s working methods are the large caches of archival materials that have only become available since Bacon’s death, especially the contents of the artist’s famously cluttered London studio. A rich selection of 65 items from the studio, his estate, and other archives will be included in the exhibition. The objects include pages the artist tore from books and magazines, photographs, and
sketches—all of which are source materials for the finished paintings on view in the exhibition.

The curators of Francis Bacon: A Centenary Retrospective are Gary Tinterow, Matthew Gale, Head of Displays, Tate Modern, and Chris Stephens, Head of Displays, Tate Britain.
The presentation of the exhibition at the Metropolitan Museum is organized by Gary Tinterow and Anne L. Strauss, Associate Curator, assisted by Ian Alteveer, Research Associate, all in the Department of Nineteenth-Century, Modern, and Contemporary Art at The Metropolitan Museum of Art.

The exhibition will be accompanied by a fully illustrated catalogue with essays by Martin Harrison, David Mellor, Simon Ofield, Rachel Tant, Gary Tinterow, and Victoria Walsh.
The catalogue is published by Tate Publishing and will be available in the Museum’s book shops ($60 cloth, $40 paperback).

An audio tour, part of the Museum’s Audio Guide Program, will be available for rental ($7, $6 for members, $5 for children under 12).

Francis Bacon: A Centenary Retrospective was exhibited at Tate Britain and is currently
on view at the Museo Nacional del Prado, Madrid (through April 19, 2009) before its
presentation at the Metropolitan Museum (May 20–August 16, 2009).