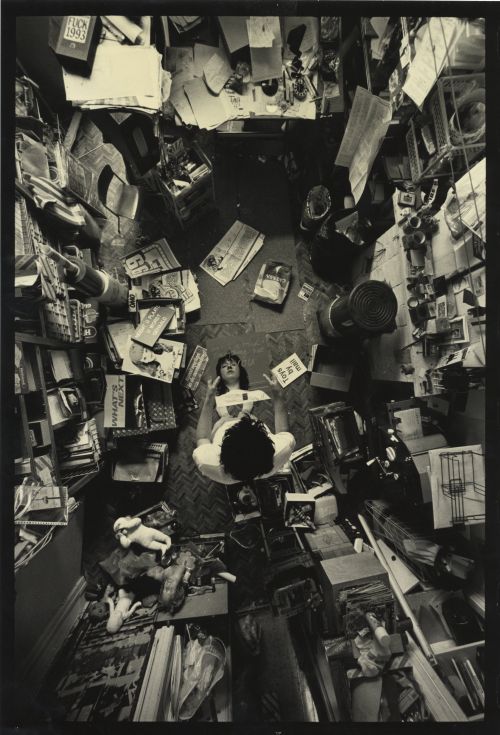 From February a playful, associative and apparently disordered miniature universe will descend upon the heart of Museum Boijmans Van Beuningen. Evelyne Janssen will be installing her objects in the four spaces known as the cloverleaf. She has fused the English term ‘dollhouse’ and its Dutch equivalent ‘poppenhuis’ to create POPHOUSE!

The cloverleaf spaces and the adjacent broom cupboard are playing host to a selection of objects and drawings by Evelyne Janssen (1956). She has created a so-called ‘exhalation space’. One of the rooms has become a space for encounters and the other space features a film among the ensembles.

From family altar to living room
Evelyne Janssen uses her objects to create a series of new worlds. The broom cupboard has been transformed into a kind of family altar, with a sound recording and photograph of her father Pierre Janssen (1926-2007). He is known to many as the presenter of the arts programme ‘Kunstgrepen’ in the early days of Dutch television. She calls this the ‘exhalation space’, a name that her father gave to the canteen in the Gemeentemuseum Arnhem, of which he was director. The room ‘The Real Life of Design’ contains sofas from here parents’ collection and two films – ‘Streep’s Evening Hours’ (1999-2007) and ‘Ziep the Film’ (2007-2012) are projected on the walls. Another room, ‘Being in the Beanery’ (after Kienholz), is festooned with small works that appear light-hearted but which are mementos of departed
loved ones.