The fourth annual Danish Film Festival returns to the High Museum of Art from January 16 through January 24, 2009. The festival will feature five critically acclaimed Danish films, including the award-winning “The Monastery: Mr. Vig and the Nun” and the family film “Hugo the Movie Star,” from the popular Danish animated series. The festival is co-sponsored by the Danish-American Chamber of Commerce with support from the Danish Film Institute. 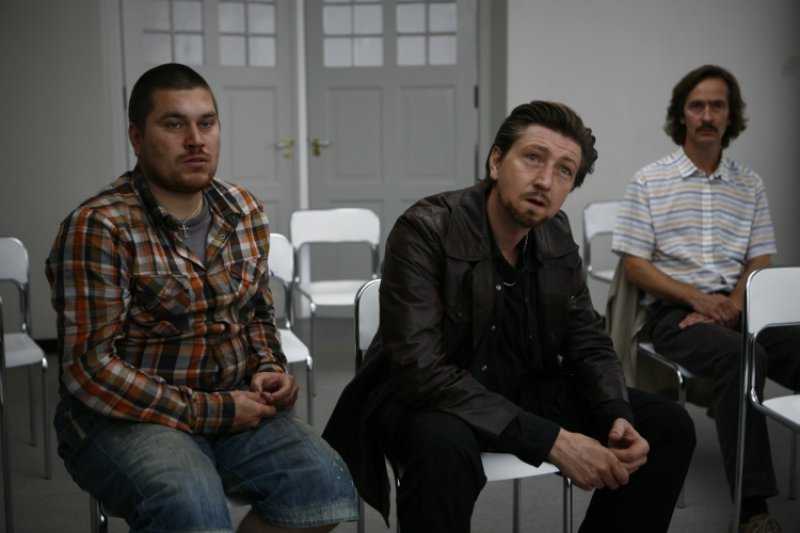 [ad#lb]
“We’re collaborating again with the Danish-American Chamber of Commerce and the Danish Film Institute to bring a diverse and entertaining program to the viewers at the High,” said Linda Dubler, Curator of Media Arts. “This year’s films range in genres, but share the common theme of examining human relationships. We’re also very excited to welcome director Paprika Steen to the showing of her film ‘With Your Permission’.”

The 2009 Danish Film Festival opens on Friday, January 16, with Ole Bornedal’s “Just Another Love Story,” a romantic thriller about Jonas, a crime-scene photographer who is involved in a traumatic car accident. Although Jonas and his family are left unharmed, the woman in the other car, Julia, falls into a coma. Jonas goes to visit Julia in the hospital and becomes involved in a series of lies when Julia and her family take him to be her mysterious boyfriend, Sebastian. It is only a matter of time before his lies are exposed to his wife and Jonas feels trapped. This film is in Danish with subtitles.

On Saturday, January 17, director Paprika Steen will attend the showing of her film “With Your Permission.” This comedy follows the relationship between a nitpicking restaurant manager, Jan, and his volatile wife, Benter, who uses him as her punching bag. Jan’s boss finally sends him into group therapy for the abuse incurred by his wife. He accidentally joins the wrong group, but is so embarrassed over being the victim that he passes himself off as an abuser. In therapy, Jan forms an unlikely friendship with two men who help him cook up a plan to solve all of his problems. This film is in Danish with subtitles.

The family film “Hugo the Movie Star” will be shown on Sunday, January 18, at 3 p.m. This is the English-language version of the film based on the popular animated Danish children’s series about Hugo, the world’s rarest and cutest creature. Because Hugo is so adorable, he ends up being kidnapped by a pair of filmmakers who are hungry for a hit. Hugo’s long-lost friend, a fox named Rita, is determined to set him free from his captors. By the time Rita finds him, Hugo has become accustomed to his celebrity and is not sure that he wants to return to life in the forest. This film is appropriate for children ages 3 and older. This screening is free and seating is on a first-come, first-served basis.

On Friday, January 23, the winner of the Danish Critics’ Prize for a documentary film, “The Monastery: Mr. Vig and the Nun,” will be shown. This film follows an elderly, reclusive Danish man named Mr. Vig on his journey to fulfilling his dream of turning his disheveled home into a monastery. Mr. Vig contacts the Russian Orthodox Church, which sends out a small group of nuns to investigate. The attitudes of the two forces quickly collide, proving that truth is stranger than fiction. In “Eye for Film,” Andrew Robertson called it “a delightful portrait of two very different characters . . . a meditation on the nature of faith and desire.” This film is in Danish with subtitles.

The series closes on Saturday, January 24, with “Just Like Home.” This charming comedy centers on a small Danish town where the comfortably predictable cycle of life is threatened by the report of a naked man roaming the streets at night. In response to this frenzy, the town’s construction workers go on strike, leaving the town square in shambles. A group of concerned citizens takes over the emergency hotline, planning to use it to find the culprit. Director Lone Scherfig says the movie affirms “the fundamental belief that people you hardly know will want the best for you.” This film is in Danish with subtitles.

Film Series Schedule
Unless otherwise noted, all films begin at 8 p.m. and are screened in the Richard H. Rich Theatre. The theatre is located in the Memorial Arts Building, adjacent to the High at Peachtree and 15th Streets in midtown Atlanta. All films are in Danish with English subtitles.

Support
This program is co-sponsored by the Danish-American Chamber of Commerce with support from the Danish Film Institute. Please visit www.danishfilmfestival.com for more details. 35mm projection facilities in the Rich Auditorium were provided by a gift from George Lefont.

Tickets
To purchase tickets in advance, go to www.High.org, visit the Woodruff Arts Center Box Office, or call 404-733-5000. Tickets for all shows are $7 general admission and $6 for students, seniors and Museum members. Patron-level members enter free. Tickets may also be purchased at the door on the night of the screening.

Film Information
The public may call the High’s film hotline at 404-733-4570 for up-to-the-minute information about visiting directors, receptions, changes or cancellations and for a free subscription to the quarterly film calendar. The Museum’s website is www.High.org.

The Saint John’s Bible: A Modern Vision through Medieval Methods A different kind of earth