Avant-Garde Art in Everyday Life at Art Institute of Chicago 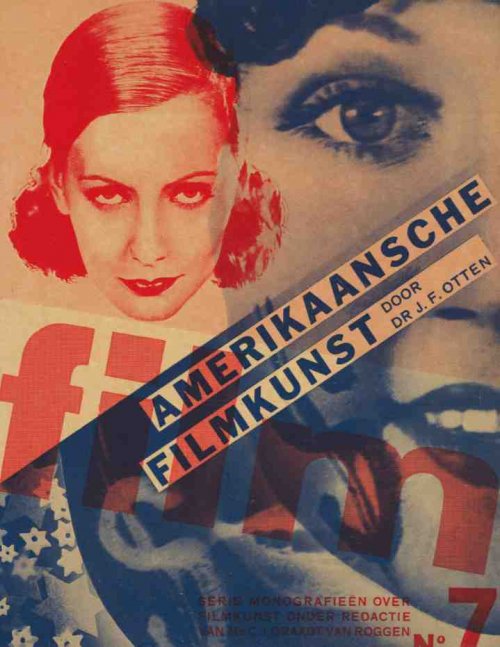 Beginning around 1910, a group of vanguard artists working in Europe advanced the radical idea that art had a mandate to transform daily life, from silverware to postage stamps to buildings. This theory would eventually take hold in the wider world, where it merged enthusiastically with the demands of the industrial marketplace, the nascent mass media, and urban popular culture. This vibrant and critically important moment in east-central European modernism is comprehensively explored in Avant-Garde Art in Everyday Life–a major exhibition on view at the Art Institute of Chicago from June 11 through October 9, 2011, in the Modern Wing’s Abbott Galleries (G 182-184). Focusing on six highly influential international artists–John Heartfield, Gustav Klutsis, El Lissitzky, Ladislav Sutnar, Karel Teige, and Piet Zwart –this exhibition features nearly 300 works from a landmark acquisition, including photography, photomontage, book and poster design, and household objects such as rare examples of porcelain and glassware. Avant-Garde Art in Everyday Life is the first significant exhibition at the Art Institute to address any aspect of art east of Germany during the interwar decades.

The six artists featured in this exhibition shared a fervent belief that they could help restructure society by redesigning common or utilitarian items. Working in the 1920s and 1930s, specifically in central and eastern Europe, they were fully informed about the history of art and the state of the world around them, and they formed networks to circulate ideas for changing that world through creative interventions of all kinds in everyday life. Books, prints, posters, table settings, postage stamps, illustrated magazines, clothing, exhibition installations, building proposals–these artists energetically and zealously reached into every conceivable creative domain. They traded ideas through the mail, sharing published journal essays and original works in photography and graphic design. Across the boundaries of media, disciplines, and nationalities, these avant-garde artists presciently set the stage for today’s modern communications and advertising industries.

Piet Zwart (Dutch, 1885-1977) and Ladislav Sutnar (Czech, later American, 1897-1976) both helped invent the position of industrial designer, creating brand identities for companies by applying principles of standardization, serial production, and eye-catching clarity to advertising and domestic products. Zwart brought his minimalist aesthetic vision to ubiquitous items like biscuit boxes and postage stamps, while his compatriot Sutnar brought modernist “good design” to tableware, clothing, and children’s toys. Karel Teige (1900-1951), the leader of the Czech avant-garde, and the immensely influential Russian artist Lazar (El) Lissitzky (1890-1941) developed the language of Constructivism in typography, architecture, exhibition designs, and critical essays. Teige produced brilliant book and journal designs while Lissitzky created some of the most exciting poster and exhibition designs of the 1920s and 1930s in Germany and Russia. John Heartfield (1891-1968), a native German who took an English name, and Latvian-born Gustav Klutsis (1895-1938), who worked in Soviet Russia, mastered the persuasive rhetoric of word-image combinations in photomontage, creating posters and magazines that were seen by tens of thousands at the time. Heartfield worked exclusively in photomontage to design book covers, journals, and agitational posters for the Communist cause; Klutsis also pioneered using photomontage for political purposes.

The objects featured in Avant-Garde Art in Everyday Life come almost entirely from a recent major acquisition by the Art Institute: the Robert and June Leibowits Collection. This acquisition is the largest undertaking by the Department of Photography in 12 years and the first acquisition ever to be shared by multiple curatorial departments in the museum (the departments of Prints and Drawings, Architecture and Design, and Photography) and the Ryerson and Burnham Libraries. The Art Institute now has the second largest public holding in the United States of original issues of Arbeiter Illustrierte Zeitung (1927-1936), the leftist propaganda weekly with photomontage designs by John Heartfield, and the greatest collection of Russian Futurist books outside of New York and Los Angeles. With this acquisition the museum has also significantly strengthened its collection of works of Soviet, Czech, Dutch, and German Constructivism.