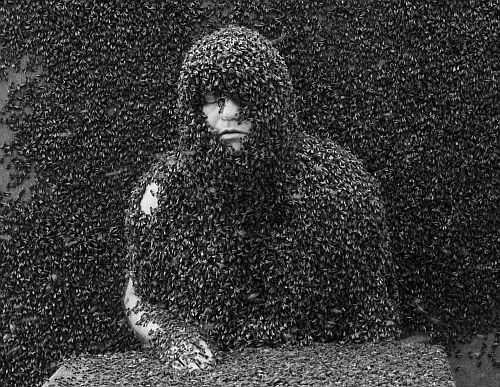 This summer, the largest exhibition rooms in Museum Boijmans Van Beuningen will be dedicated to internationally renowned contemporary artists who have had Rotterdam as the cradle for their artistic career. The exhibition includes works by Atelier Van Lieshout, Daan van Golden and Jeanne van Heeswijk, and offers a retrospective of the policy followed by the Rotterdam City Collection over the last 25 years.
On the occasion of the 25th anniversary of the Rotterdam City Collection, a collection that largely consists of post-war and contemporary art, Museum Boijmans Van Beuningen is mounting a major summer exhibition. The exhibition features more than thirty works by Rotterdam talent, including works by several contemporary Rotterdam artists who are not yet represented in the City Collection. These works offer a preview: they show what the City Collection could look like in the future. ‘The City, the Artists and the Museum’ shows an acquisition from each year of the history of the Rotterdam City Collection. The Bodon galleries offer around 1500 m2 of space to sculptures and monumental art installations from the City Collection, such as ‘Wombhouse’ by Atelier Van Lieshout (purchased in 2011) and the first video-installation ‘EMMDM’ by Erik van Lieshout (purchased in 1999). In addition, two-dimensional works, videos and films, such as the film ‘Springtime’ by Jeroen Eisinga (purchased in 2012) are also on show.

Rotterdam City Collection
On 1 January 1988, a start was made on the first City Collection in Holland: the Rotterdam City Collection. Rotterdam has always been a launching pad for national and international art talent. City curator Saskia van Kampen-Prein about the current art climate in Rotterdam: “Despite the cutbacks that have badly hit institutions and artists, Rotterdam is bubbling with energy and artistic talent. This is mainly due to the creative and enterprising attitude of many Rotterdammers.” Sjarel Ex, director of the museum, is clear about the importance of the City Collection: “The City curator is an ambassador of the museum in the city and an ambassador of the artists in the museum. Even a national and international museum cannot exist without being anchored in its own artistic circle.”