Julián Zugazagoitia Named Director of The Nelson-Atkins Museum of Art

The Nelson-Atkins Museum of Art announced today that Julián Zugazagoitia has been named the new Director/CEO of the Nelson-Atkins, the fifth director in the Museum’s 75-year history. Zugazagoitia, 46, an international scholar, museum director and consultant who has served for the past seven years as the Director/CEO of El Museo del Barrio in New York, was the unanimous choice of search committee members and will begin his position Sept. 1, 2010. 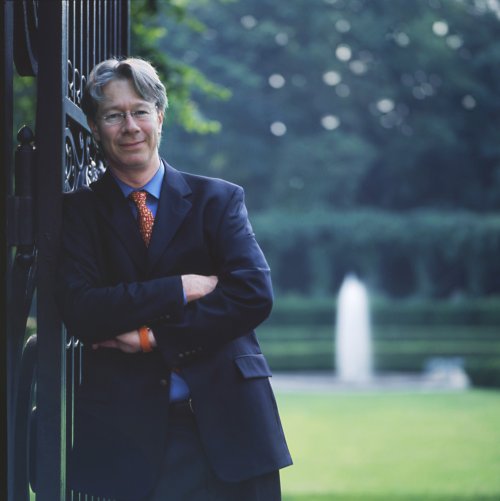 ―A successor to honor the breathtaking array of accomplishments was not easily found, but Julián Zugazagoitia is just such a person,‖ said Sarah F. Rowland, chair of the Nelson-Atkins Board of Trustees. ―He is a man of many talents, a man of broad vision, one whom we believe will honor the accomplishments of others. His energy has delighted all who have met him.

A committee made up of nine Museum trustees began searching for Wilson’s successor more than a year ago, and they encountered strong interest in the position locally, nationally and internationally. They were taken with Zugazagoitia’s energy as a leader, his passion for the arts, and his international background—born in Mexico City and educated in France, Zugazagoitia speaks six languages and has worked at institutions in the Americas, Europe and Africa.

Julián Zugazagoitia (pronounced HOO-lian SZU-ga-sa-GOY-tee-ah) holds a Ph.D. in Philosophy from the Sorbonne Paris IV, with a focus on Aesthetics and Modernism in the arts. His work as a consultant, lecturer and curator has involved projects around the globe with the United Nations Educational, Scientific and Cultural Organization (UNESCO) and the Getty Conservation Institute in Los Angeles. From 1999 to 2002, he served as Executive Assistant to the Director for the Solomon R. Guggenheim Museum, New York. During his tenure at El Museo del Barrio, a leading museum of Latino and Latin American art, Zugazagoitia led the institution through a $44 million capital campaign and a full renovation, which opened in 2009 to critical acclaim.

―Julián has been a great leader for El Museo and brought it to new heights, culminating in a major capital renovation, said artist Tony Bechara, Chairman of the Board of El Museo del Barrio. ―He strengthened our institution financially, and he galvanized the community and art lovers nationally and internationally by bringing superb exhibitions and programs to the museum.
―While we are sad to see him go, we are also honored that he is pursuing his commitment to the arts in a world-class encyclopedic museum such as the Nelson-Atkins.‖
Louis Smith, chair of the Nelson-Atkins search committee, said he was delighted that Zugazagoitia had accepted the offer.
―Julián has an impressive national and international background, a passion for the Nelson-Atkins and Kansas City, and the commitment and energy to build on the outstanding work and legacy left by Marc Wilson and his leadership team, Smith said.

The first director of the Nelson-Atkins was Paul Gardner (1933-1953), who was succeeded by Laurence Sickman (1953-1977), Ralph T. Coe (1977-1982), and then Marc Wilson.
On his visits to Kansas City, Zugazagoitia has been struck by the vibrancy of the city, especially the arts culture, the university, science and research climate, and the community’s commitment to philanthropy.
―I see a city that offers a high quality of life, a city with a great deal of civic pride and investment in the arts, Zugazagoitia said. ―I look forward to being part of the synergy that exists between the arts, science and business institutions in Kansas City.
The Nelson-Atkins, he said, holds a compelling history as a Museum that has been committed to excellence from its beginnings in 1933 and has built one of the top encyclopedic collections in the country.
―I am honored to follow in the footsteps of the visionary Marc Wilson, and I look forward to getting to know the talented staff, the generous patrons and the civic leaders, he said. ―My family and I are so looking forward to joining the community and making Kansas City our home.
Zugazagoitia is married and has two children, ages 6 and 10.
International background

Zugazagoitia’s international background includes the following highlights:
o Born and raised in Mexico City, Zugazagoitia’s father was a mathematician and his mother is a stage and screen actress.
o Graduated from L’Ecole du Louvre, with a major in modern and contemporary art and concentrations in Egyptology and Medieval art.
o Educated at the Sorbonne Paris IV in France, earning a Ph.D. in Philosophy, with a focus on Aesthetics and Modernism. His dissertation was entitled The Total Work of Art as Horizon Modernity: Wagner, Mallarmé, Monet and Rodin
o Lectured in art history at the Sornas School of Design, Paris.
o Served as Cultural Attaché, Permanent Mexican Delegation to UNESCO, Paris.
o Worked as a consultant with the Getty Conservation Institute, developing European and African projects while based in Paris and Rome, 1991-1999.
o Served from 1997 to 1999 as Director of Visual Arts with the Spoleto Festival, Italy.
o Served as Executive Assistant to the Director at the Solomon R. Guggeheim Museum in New York, organizing exhibitions and conferences, 1999 to 2002.
o Awarded Chevalier des Arts et des Lettres Medal, French Ministry of Culture, 2003.
o Served as a curator for the 25th Sao Paulo Biennale in Brazil in 2002 and the international art fair ARCO 2005.
o Became Director/CEO in 2002 of El Museo del Barrio, where he repositioned the museum nationally and internationally as one of the foremost museums on Latin American and Caribbean art and developed major collaborations with such institutions as the Museum of Modern Art, the National Portrait Gallery and the Metropolitan Museum of Art.
o Currently serves as vice chair of the Cultural Institution Group, made up of New York City’s top 33 cultural institutions.
o Currently serves as chair of the cultural committee for NYC & Company, the official marketing and tourism organization for the city.
o Has served on the Board of the Association of Art Museum Directors since 2007.